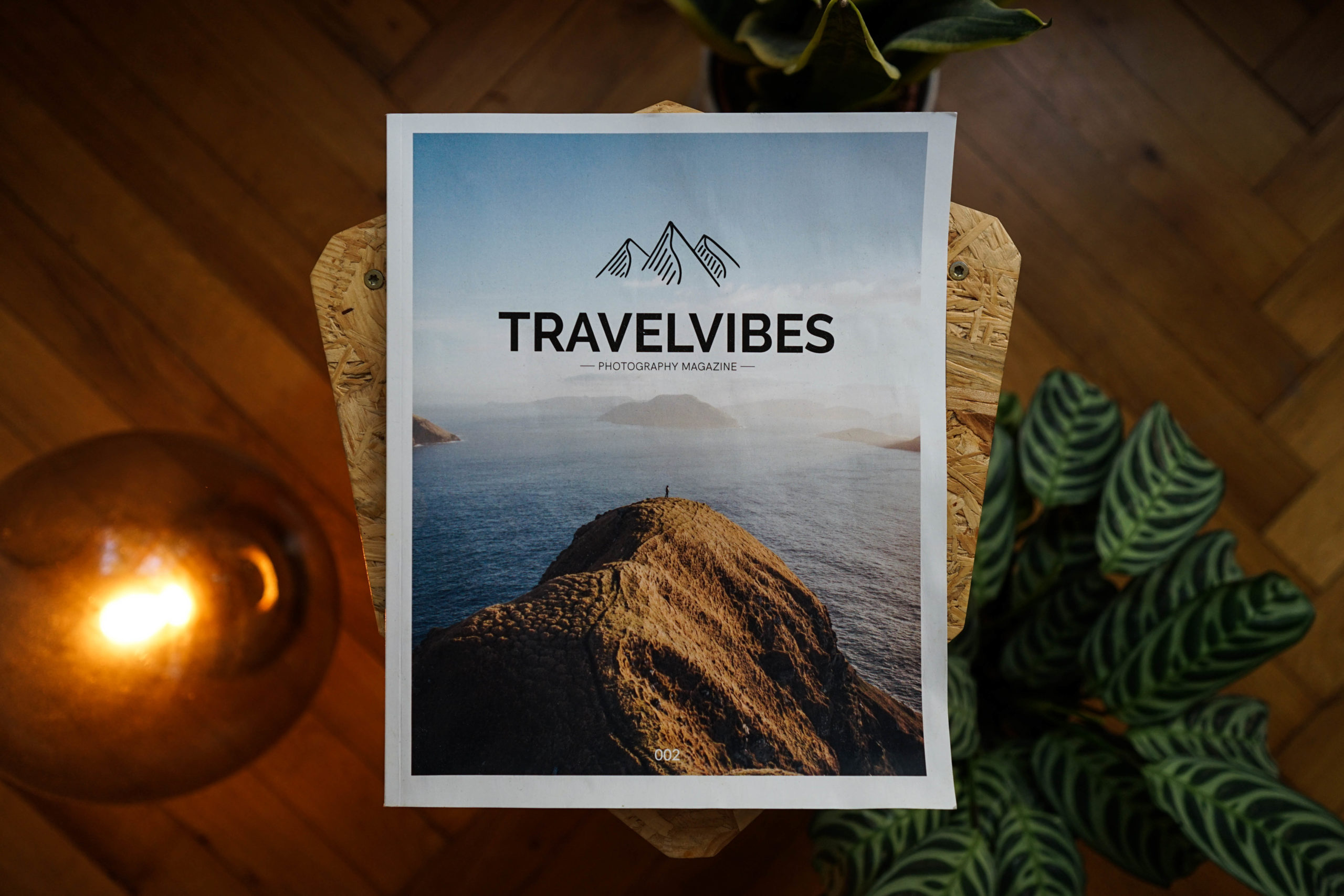 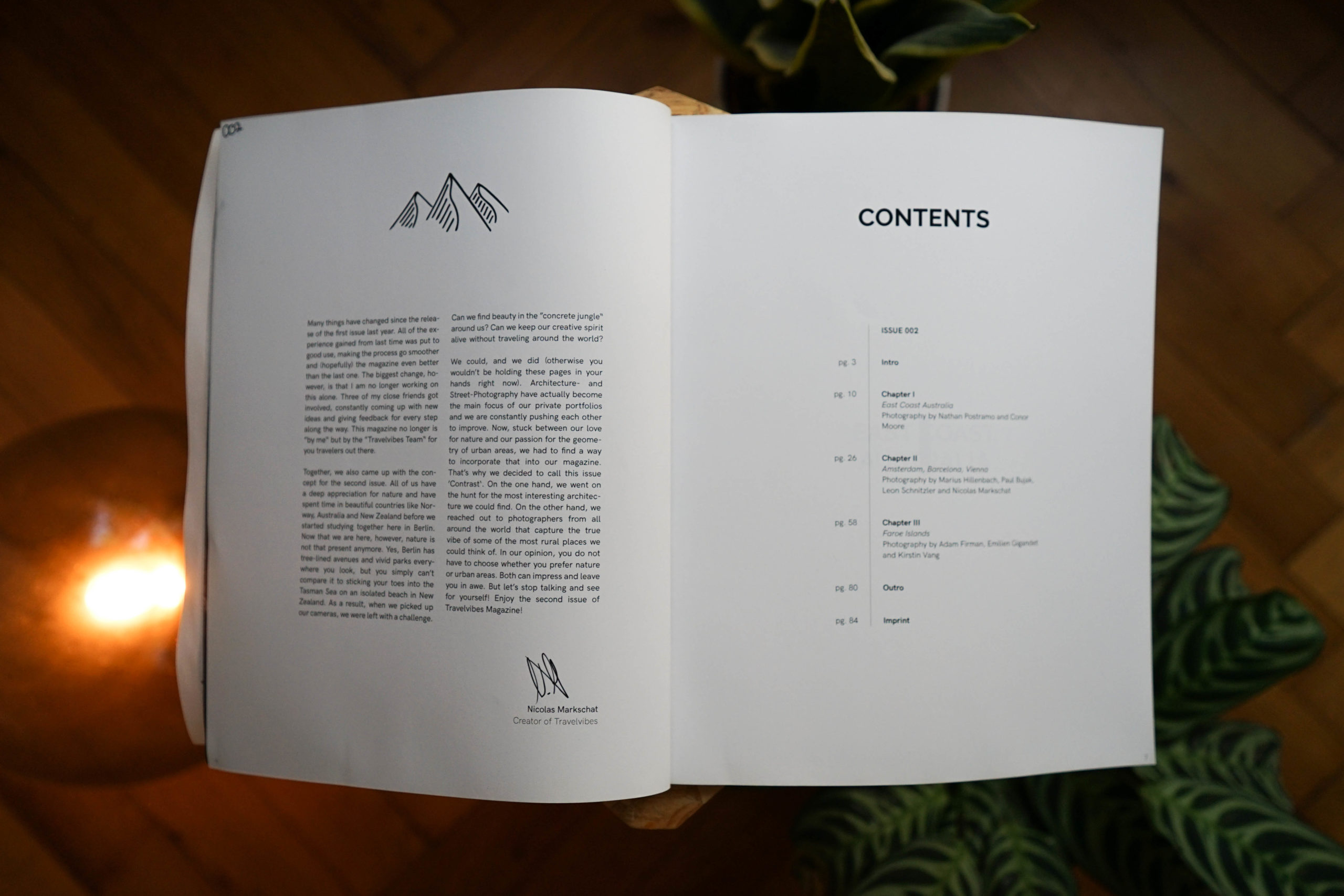 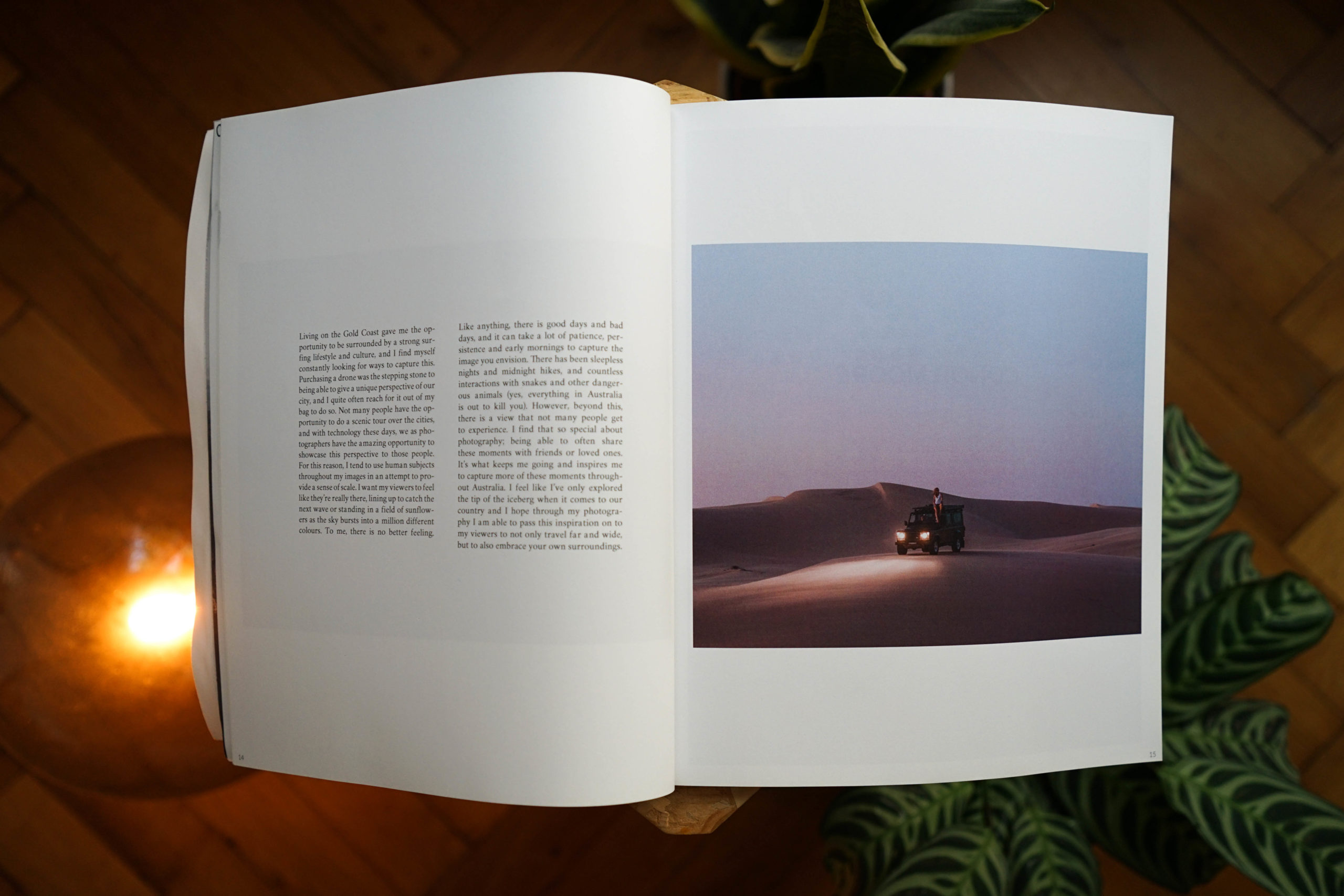 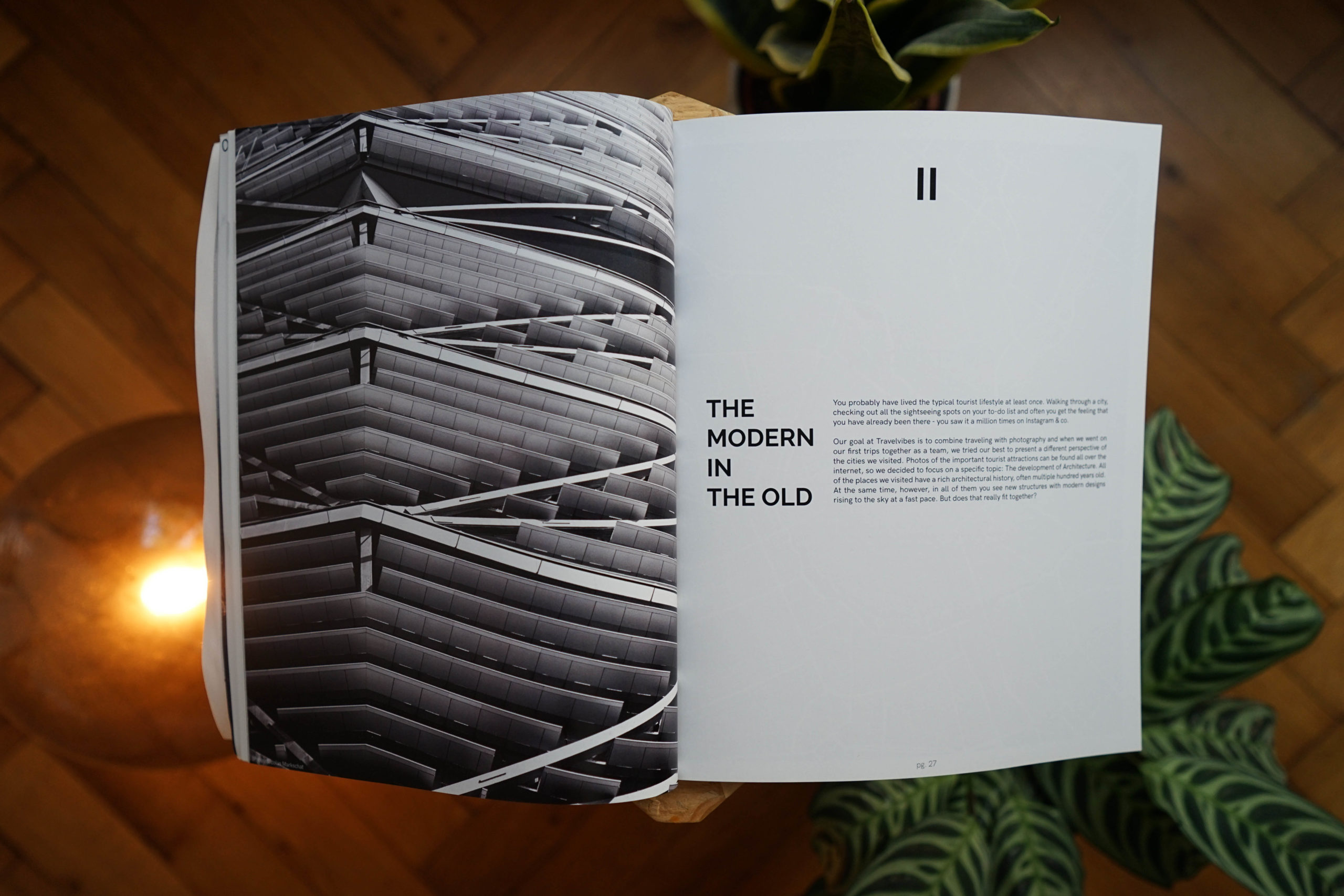 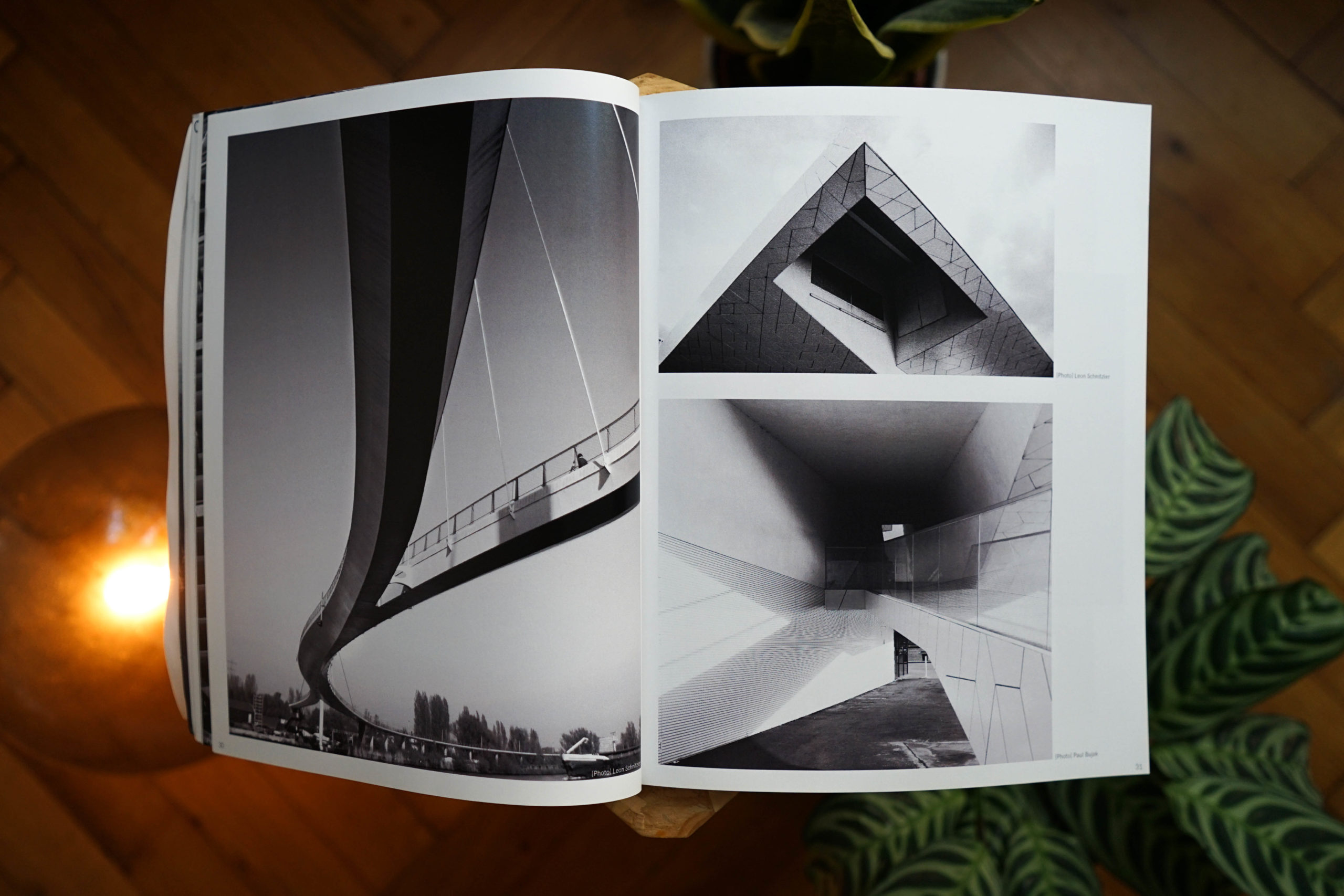 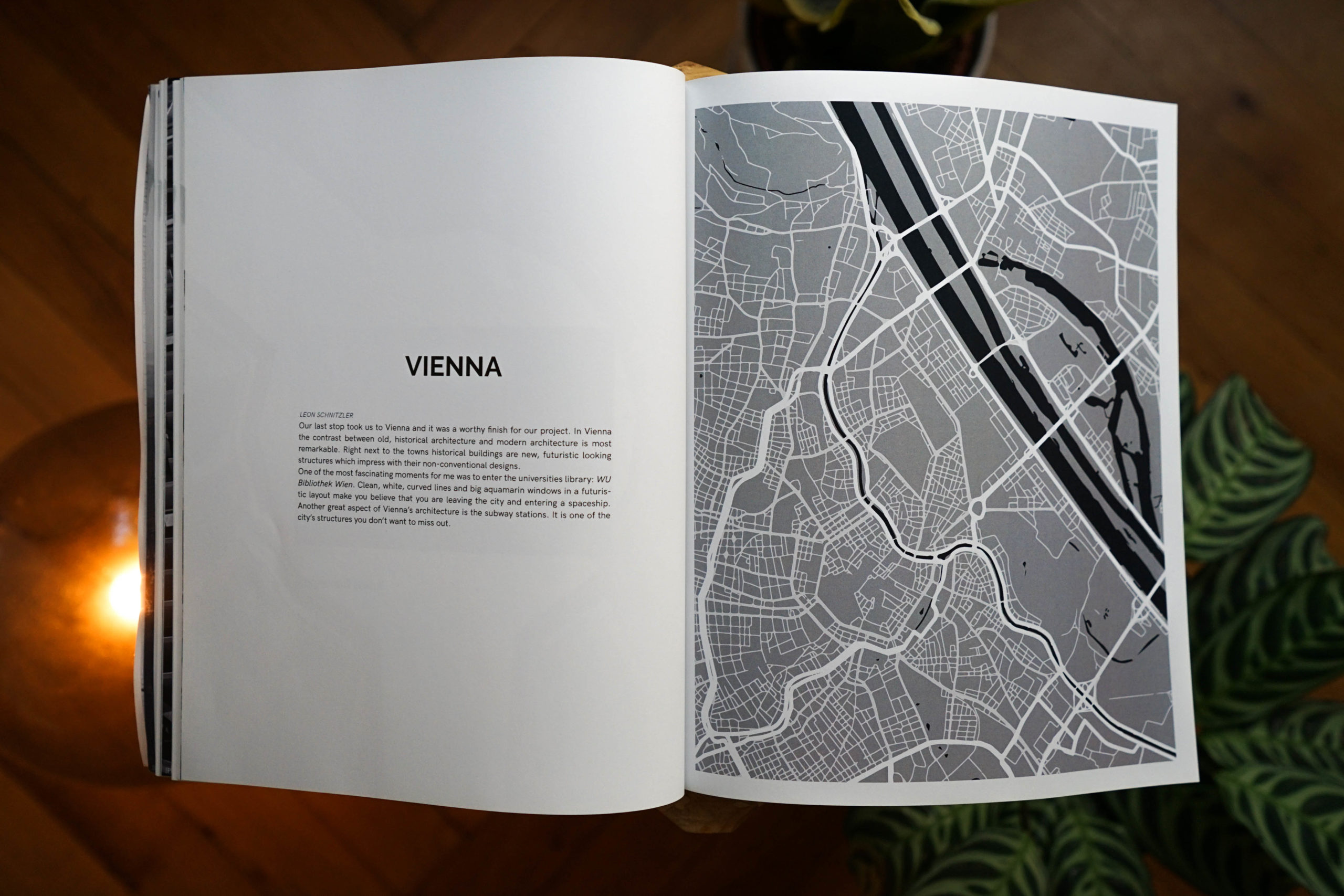 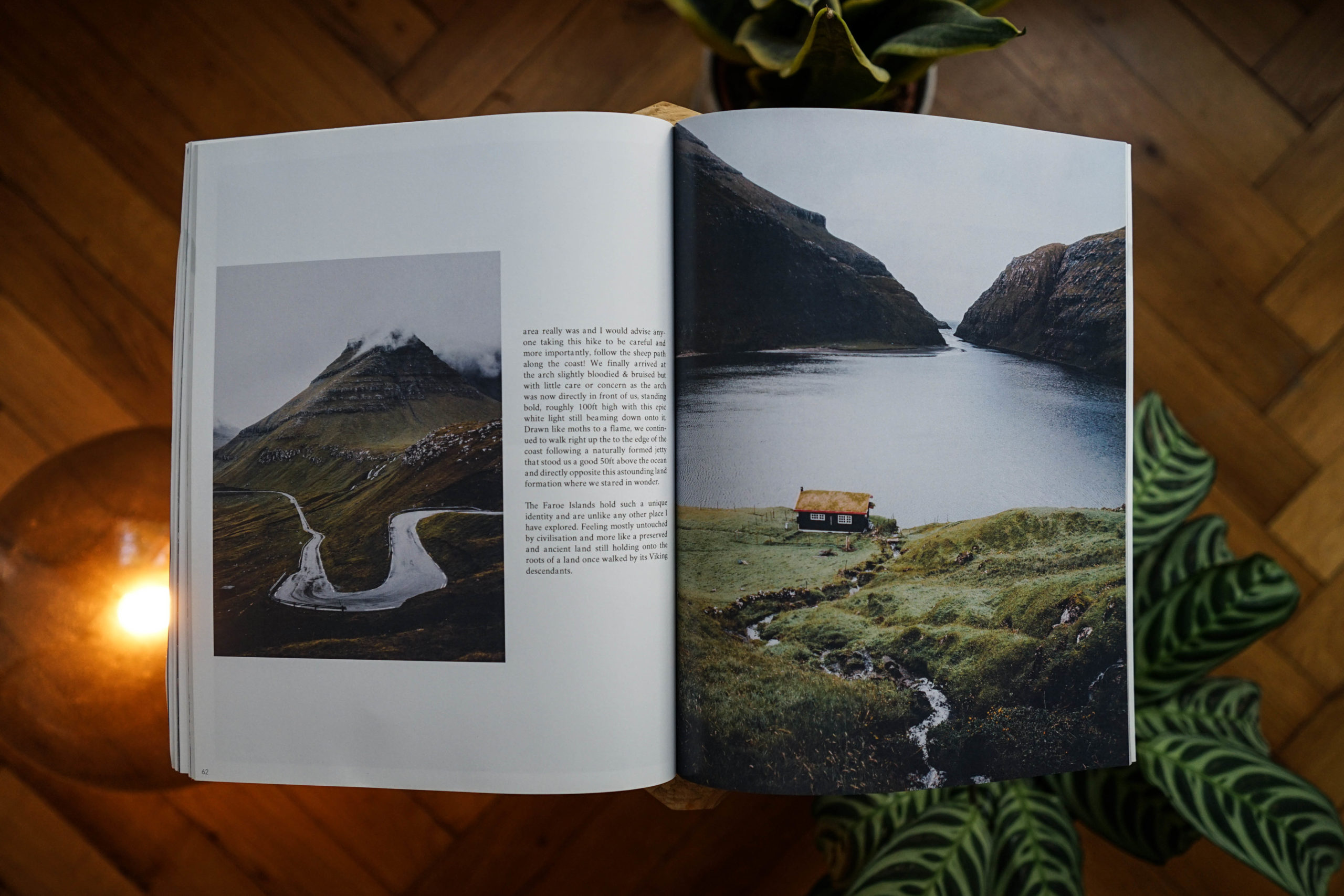 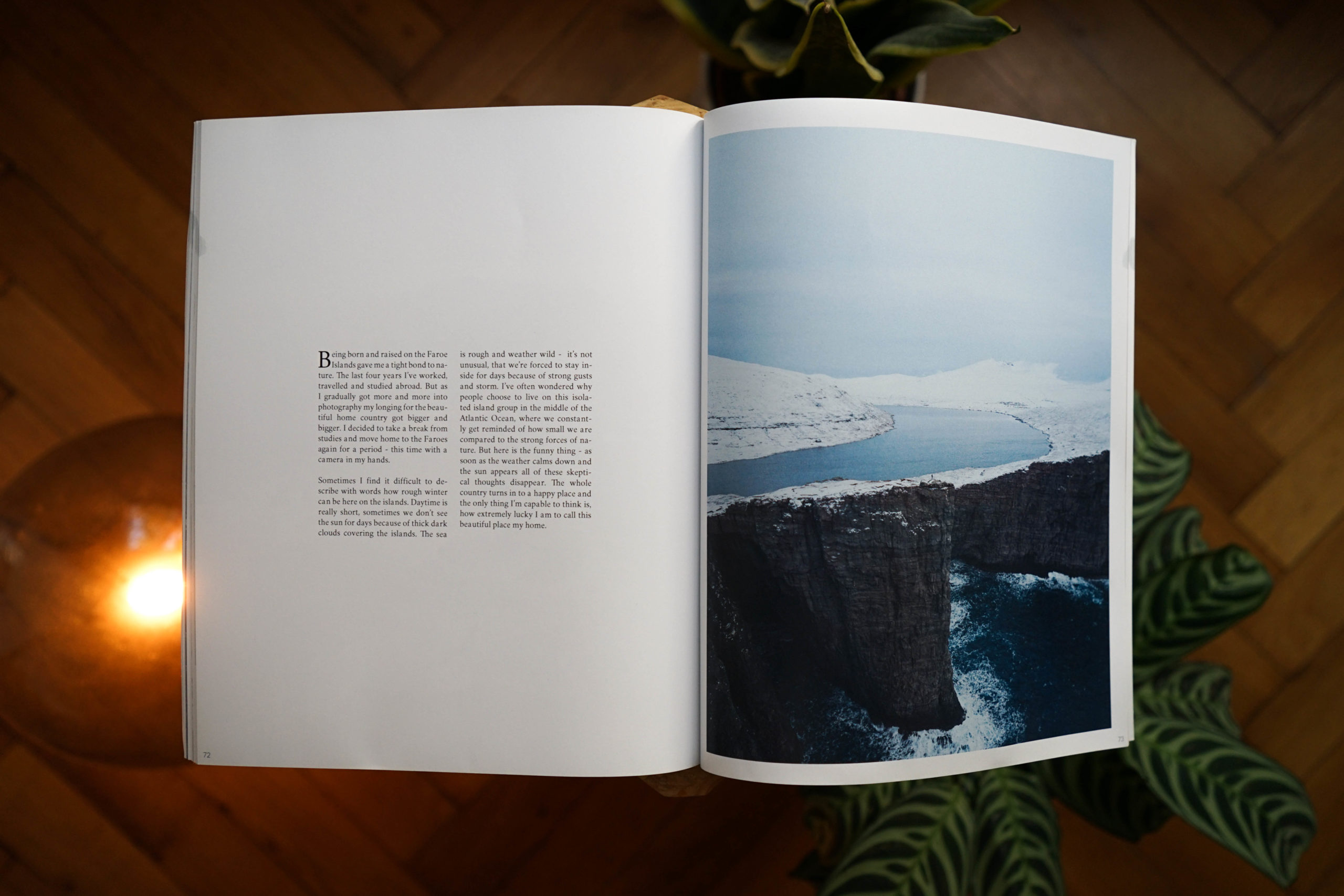 The second issue of Travelvibes magazine was a huge step forward from the first one, especially in regards to the design and the quality of the content. Once again I was both Editor in Chief and Editorial Designer. Unlike in the first issue, photos taken by myself and the rest of the team were printed as well.

Issue 002 tells a story of “Contrast” in our world. It explores the seemingly infinite coast of Australia, topples the tallest mountains on the Faroe Islands, but also shows modern architectural buildings in cities like Amsterdam or Barcelona.